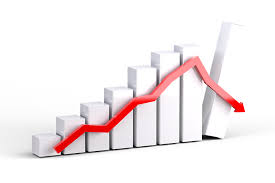 A recession is defined as a period of temporary economic decline during which trade and industrial activity are reduced, generally identified by a fall in GDP in two successive quarters.

The last recession was closer to a depression. The fundamentals that were at play then – massive subprime mortgage market and a global financial crisis – do not exist today.  Equating all recessions with the 2007-2009 great recession is overly pessimistic. And even then, GDP declined by only 5.1%.

No one knows when a recession will strike although some form of a recession is inevitable sooner or later. Currently, the US is experiencing outstanding employment numbers: when people are employed, they earn; when they earn, they spend; when they spend, businesses prosper; when they prosper, they hire… and so goes the cycle.

Credit Suisse created a “recession dashboard” in which the firm tracked the state of certain economic indicators at the start of each recession dating back to 1973. Currently, the yield curve is the only economic indicator pointing to a recession. In past recessions, indicators like inflation trends, job creation, credit performance, ISM manufacturing, earnings quality, and the housing market were all recessionary or neutral.  The current state of the economy is telling a different story.

GDP growth is currently over 2% annualized. The trade wars are a drain on growth, but hopefully, these are resolved sooner rather than later.

• There has been 14 recessions total since and including the 1929 Great Depression, or one every 6.4 years.

• The average GDP decline during recession was 5.9%. This average is enormously swayed by including the Great Recession AND the Great Depression where GDP declined by 26.7%! In the past 50 years, the average decline was just 2.2%.

• Unemployment rose above 10% in only three recessions.

• In the past 50 years, unemployment averaged 8.25% during a recession.

Talking ourselves into a recession seems to be the greatest threat in the near term given all the economic indicators to the contrary.